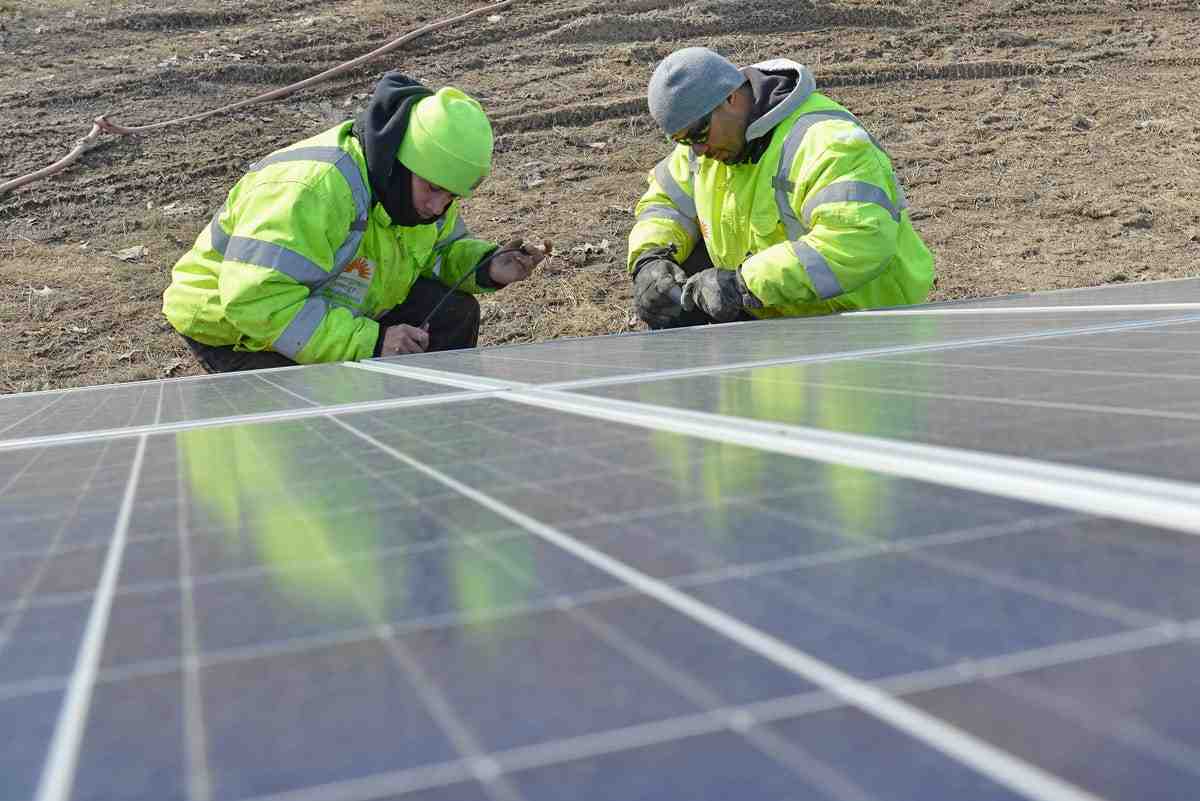 This article will explain the Environmental impact of fossil fuels, wind power, solar power, and biomass. This will help you understand the positive and negative aspects of these sources of energy. The article will also discuss how to use renewable energy, and why we should switch to renewable sources instead of fossil fuels. This article is not intended to be a complete guide to renewable energy, but rather a resource to help you make a decision.

Oil, gas and coal are all forms of carbon that are produced through decomposition of buried plant matter. These resources are used for the production of a huge variety of products, and fossil fuels are an excellent source of energy. But fossil fuels have some major disadvantages. Carbon dioxide is a potent greenhouse gas that traps heat in the atmosphere, causing global warming. Global warming has already increased the average temperature by around one degree, but warming that exceeds 1.5 degrees Celsius will cause severe consequences. More warming will result in more sea level rise, worsening health and food shortages. Millions of people around the world will likely become poorer and worse off.

Aside from electricity production, the operation of wind power facilities has several environmental impacts. Noise from wind turbines and electromagnetic radiation from transmission lines can affect birds and people on duty. Wastewater and garbage generated by wind power equipment can also affect people. In addition, the construction of cable channels and large concrete foundations requires the use of fossil fuels. This, in turn, contributes to environmental damage. Moreover, vehicle repair may also create ecological damage.

Some other negative impacts of wind power are related to the blades. Birds and bats that live near wind turbines may be endangered by the rotating blades. High-speed blade rotation may also cause birds and bats to collide with turbines. Although the exact impact of wind power on local bird and bat life can vary, proper siting can mitigate these concerns. These factors can be largely eliminated through proper planning. Despite all these negative effects, the popularity of wind energy is gaining momentum and is expected to continue increasing in the years to come.

The Environmental Impact of Solar Power: There are a number of factors determining the environmental impact of solar power. For example, solar farms can require large tracts of land, which is a big problem in areas with abundant sunshine. But solar farms can also disturb the habitat of birds and other wildlife because they produce concentrated sunlight that kills them. In addition to this, solar power towers may affect nearby ecosystems. Therefore, environmental impact of solar power is a serious concern.

Fossil fuels are the biggest source of energy in the USA, and burning these fuels emits harmful chemicals into the atmosphere. Solar power can reduce the carbon footprint of a home by the equivalent of planting 200 trees a year, and every year, it reduces the amount of pollution by about the same amount as burning coal. Eventually, this carbon reduction would be equivalent to planting 5,000 trees or preserving 225,000 pounds of coal.

Renewable energy and biomass are both forms of energy that are considered green. Although the former emits fewer emissions than the latter, they still contribute to the greenhouse effect, due to the production of carbon dioxide and other pollutants. Biomass is one of the few renewable energy sources that emit no carbon, as it produces carbon during photosynthesis. When burned, biomass can produce enough heat to heat a house or prepare hot water. The waste is then processed into steam that turns turbines and generators. These energy sources do affect the environment, however, and rely on land and resources that are already impacted. Wind power, on the other hand, causes many impacts to birds, including the destruction of their habitat and the deaths of birds.

The environmental impact of bioenergy systems varies from place to place, but the main objective of the study is to quantify the impacts on the local scale. The results of the study can be used to inform communications and to reduce conflict among stakeholders. The impacts on the environment are largely dependent on the internal variables of biomass systems, such as the type and size of the energy plants. In this study, 14 biomass power plants were chosen for analysis based on their size and feedstock.

While water plants generate electricity emissions-free, the process is not without its environmental costs. Hydropower dams remove water from rivers, depleting them of nutrients and causing habitat loss and damage to fish and other wildlife. They also reduce river flows, resulting in significant silt buildup, which can damage downstream water quality. Dams may also impair downstream fishing, killing a wide variety of fish. Environmentalists argue that dams should be avoided to avoid environmental damage.

Flow regulation is one of the most promising measures for mitigating negative effects of hydropower projects. In some hydropower projects, a minimum amount of water must be released to maintain ecological integrity and preserve the biodiversity of fish and other wildlife. Removing dams also helps prevent habitat degradation and improves river recreation. A minimum release of water is necessary to protect the hydrology of rivers and prevent sedimentation. However, hydropower dams are not always compatible with other renewable energy projects.