Why Is Electrical Energy Important? 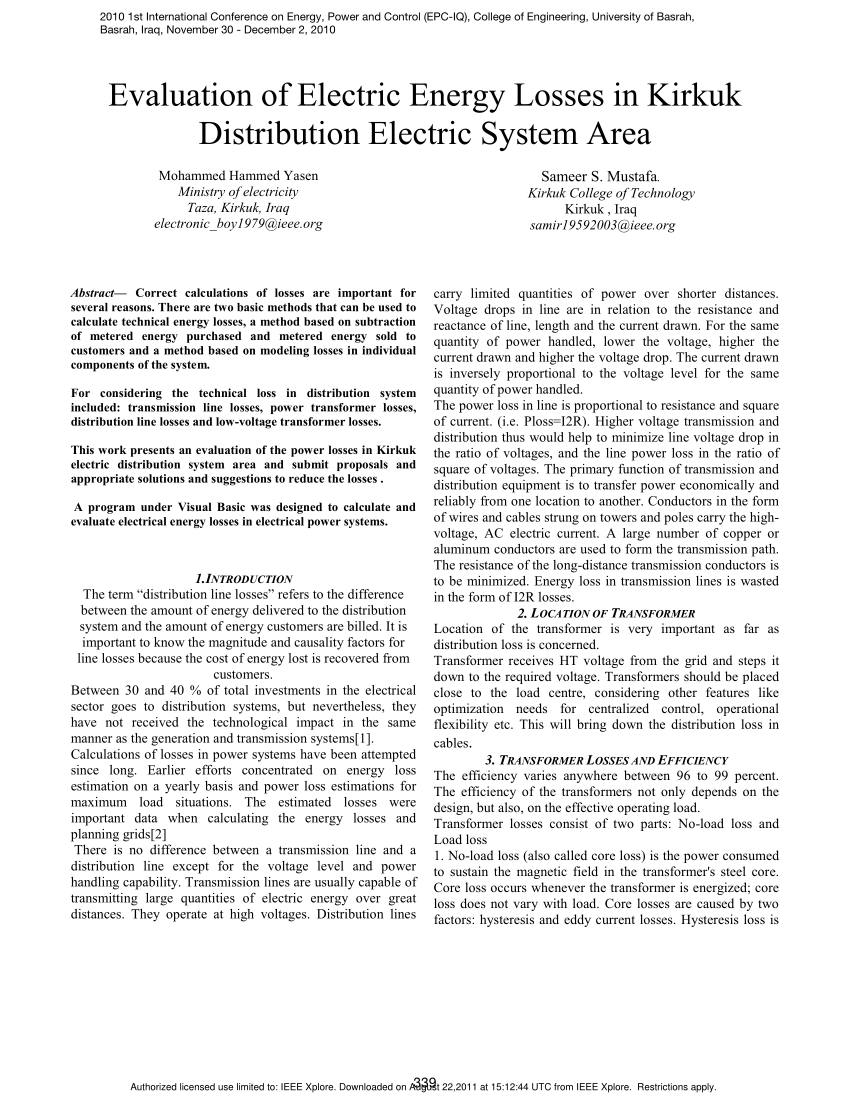 Electricity is used to turn on and off lights in homes, and it also supports many industries. It is crucial to all forms of travel, lighting, and entertainment. Moreover, it can be produced cheaply. The following are some of the reasons why electrical energy is important. 1. It replaces fuel and reduces isolation in rural areas. 2. It is an efficient means of producing the different types of energy needed for homes, factories, and large industrial applications.

Electrical energy is produced by converting the motion of electrons in a magnetic field into current. In some materials, these moving charges generate an increase in temperature. This energy can then be used to power various devices and processes. Different materials will produce different amounts of temperature increase. The rate at which a material increases temperature will depend on its specific heat capacity. For example, copper conducts heat better than glass, while tin has a lower specific heat capacity.

Households use electricity for everything from heating to cooling to lighting. These uses account for approximately 40% of the global electricity market. Electricity is also important for security and reduces the isolation of rural areas. Electrical energy is used to power air conditioning and lighting, and to power computers and other devices. Furthermore, it is used in industries and buildings to power refrigeration and heating. The use of electricity for these purposes has the potential to decrease the demand during peak hours.

It is a substitute for fuel

Electricity can be converted to different forms of fuel. These are commonly known as ‘e-fuels’. They are used to power various vehicles and appliances. Some are also used as fuel in container ships and other types of trucks. Electrical energy could eventually replace the use of fossil fuels in the transport industry. This process is called ‘Power-to-X’. Electrical energy could replace the use of fuel in industrial and heating applications.

It reduces isolation of rural areas

The use of electrical energy to provide electricity to remote areas is a proven method for reducing the isolation of these communities. Electrification projects in rural areas often involve subsidies to ensure affordable rates and encourage development. However, such subsidy schemes do not necessarily benefit rural populations, as they largely benefit higher-income households. Developing countries should strive to avoid this practice. However, if subsidies are used, rural areas will often be more likely to adopt renewable energy sources.

The high cost of energy upgrades can be a deterrent to implementing energy efficiency programs. Many rural households are unable to afford these investments, which creates a significant energy burden. Additionally, the cost of travel to remote areas makes energy efficiency upgrades even more challenging for rural households. As a result, rural residents may be less likely to upgrade their energy efficiency systems than their urban counterparts. Therefore, it is important to understand the economic factors associated with energy costs and identify the right opportunities for rural electrification.

It is an economical method of producing various types of energy needed to run homes, factories and large industrial applications

Electrical energy is produced through thermal processes. Heat from the process raises the temperature of the components to be manufactured. The process also uses heat to separate the distillates of crude oil. The main consumer of energy is petroleum refining, but the chemical industry and paper and metal industries are close competitors. These two industries use about 78% of the world’s total industrial energy.

Hydropower is one of the oldest sources of renewable energy. It uses the power of moving water to turn generators. Hydropower is an environmentally friendly option as there are no emissions or waste. Hydroelectric plants provide 16% of the world’s electricity. They are an excellent way to meet the growing energy needs of our planet. And hydroelectric power is the cheapest option.

Electricity is used to power many aspects of modern life. It can be used to light a room, heat a home, run appliances, operate machinery, and even cure diseases. In the United States alone, about 3.93 trillion kWh will be consumed in 2021. And it is the single largest source of energy for the U.S. economy. So why is electrical energy so important? What are the benefits of electrical energy?

Electricity is often used to power street signs and stoplights. They use electrical energy from power lines that gather energy from various sources. The power lines connect to the lights using underground and above ground wires. Stoplights use timers, metal detectors, and sensors to convert the energy from motion into light. It has a variety of uses in industrial settings and is a viable alternative for fuel. It’s also an effective fuel replacement for vehicles, including hybrids and alternative power sources.